Can we get equality in leadership? 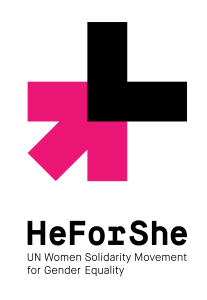 Women in business is a topic that has really fascinated me over the last few years. I’ve always studied in areas that are considered to be male dominated fields, first in engineering and then in my MBA. Traditionally the MBA was considered a very male dominated degree, with classes having around 80% male students. This statistic probably sounds like something from the ‘50s and many people would now imagine the stats will show more equality in the sexes in an MBA class, but they don’t. When I joined the MBA class at Manchester Business School in 2013 the male to female ratio was 70:30, this was considered a large improvement on bringing equality into business and engaging more women to take on senior management roles.

As a woman, I still find it amazing how few women hold senior roles in businesses in the 21st century. Just at the start of this month, Lynne Doughtie was elected chairwoman and chief executive of KPMG, the first time a female has held both of these roles for one of the big four accounting firms. In a stereotypical world, men are considered leaders due to their aggressive nature and strong presence, whereas women are considered to be weaker and undermined. Obviously this is not always the case. Women can be just as strong as men and men can be just as weak as women, but in official stats women are still well behind in the leadership roles.

It’s not all a sad story though, I was so happy and inspired to read in the news recently that Carly Fiorina is running in the 2016 presidential election in the United States. During one of my organisational behaviour lectures at the business school, we discussed a case study on Carly Fiorina, which has been widely reviewed around the world. In 1999 she was appointed CEO of Hewlett- Packard (HP), becoming the first woman to lead a top 20 U.S. company. It got off to a rough start and she was hugely criticised for her time at HP, which only lasted 6 years. Many people argued she was unable to successfully run the organisation, indirectly pointing fingers at the fact she was a woman who could not manage a board of men. It reignited the ‘glass ceiling’ debate and created a new phenomenon known as the ‘glass cliff’.

It was common knowledge that before she was employed as CEO, HP was on the brink of a failure, hence the turnaround and new management required. Many people argued she was brought into a role headed for failure, regardless of gender, but because Fiorina was the minority there was greater interest in her dealings and performance. Inevitably leading her to be ‘pushed off’ the glass cliff.

Her story is one of many that is hugely debated in classrooms and offices. I really wanted to do something to get involved with women in business, so I could engage and learn more about why there are so few women CEO’s and leaders.  I joined a group known as WFL (Women as Future Leaders) run through McKinsey & Co, which extensively debates current business affairs with women, discussing new ideas and running workshops around the country to help young women create strong foundations to launch them into senior roles.

It may seem that reading about women’s rights and ‘feminists’ is old news and has no place in 2015, but until talking about female CEO’s and leaders becomes so normal that we don’t even notice it as a discussion point, we have a long way to go.