With top formations completing on the Russell 2000 and DAX, it’s time now to look at our most important indices – the Dow and S&P. I’ll start with the S&P because this has given us the best consistency of any index during the bull market and it would be a highly significant development if we departed from that. Here’s the chart: 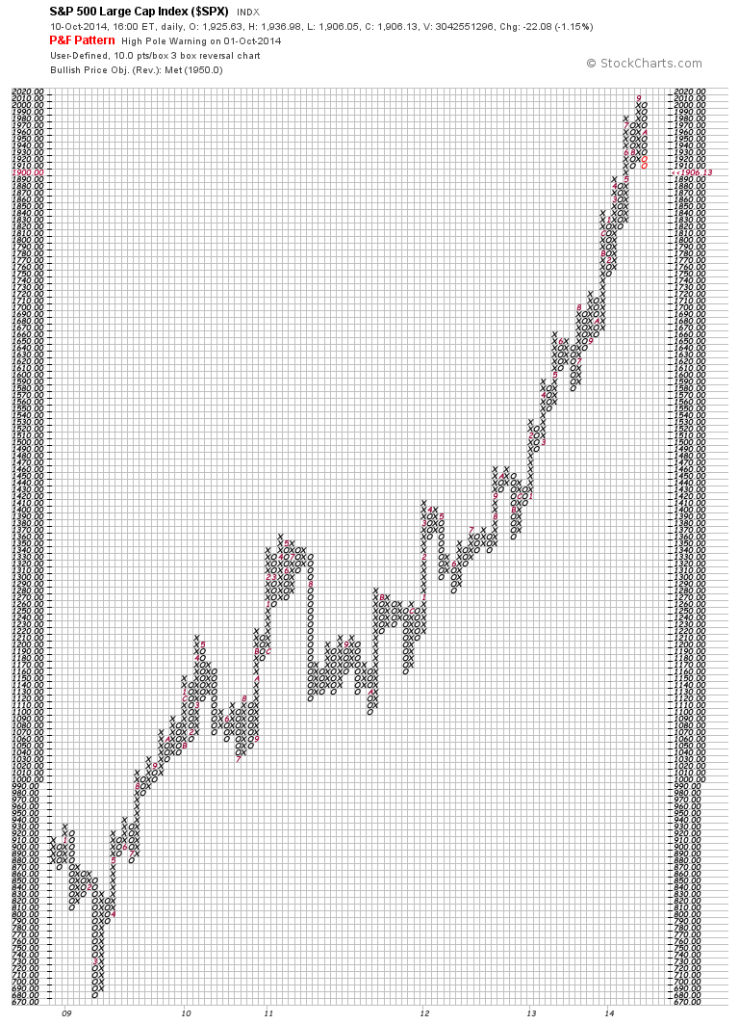 Notice how the latest column of o’s is bigger than previous columns. However, it isn’t yet twice as big as the average column of o’s which means it isn’t a Large Contra Move at the moment. I’d say we need another four circles to make that happen, i.e. a move to 1870. So, will it do it? Given the developments covered in the two previous Interim Reports, I’d say it’s more likely to happen than not. Remember, this has essentially been the strongest performer in recent years, so it’s perfectly natural that it would be one of the last to show any reversal. 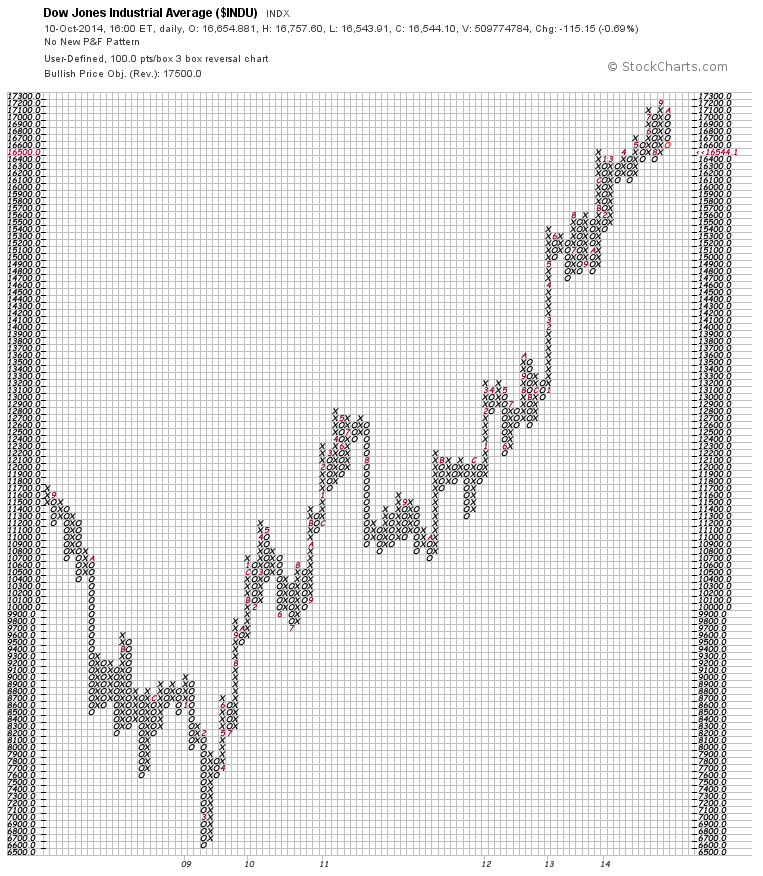 There’s nothing really to report on that chart, so I think it will be the S&P500 which will give us our best chance of seeing something.

As you know, I’m 100% cash with my pension, but what if you’re still in the market? I think you should definitely be taking precautions now. As I said in my last main report, October is often a rocky month, but that’s really a lesser point compared with the way the charts are shaping up. Certainly if the S&P does complete the LCM, then that should be seen as a medium-term sell signal, and the current situation should be regarded as a warning.

All rights reserved. No part of this publication may be reproduced or transmitted in any form or by any means, electronic, mechanical, photocopying, recording or otherwise, without the prior permission in writing of the author.  (So please do not forward it to anyone else)