It feels like a lot has happened since my last report five weeks ago, yet as we’ll see shortly, overall there is little change. This illustrates very well the benefits of taking at least a medium-term view with appropriate instruments rather than relying on spread bets which will simply keep getting stopped out when markets are trendless and choppy. Remember, these monthly Market Reports are designed to capture the medium to long-term trends, and often it is impossible to say what will happen in the short-term. Identifying those medium to long-term trends is something that the service has done very consistently going back nearly a decade, and our techniques have been proven to be highly effective over a much longer period than that.
I’m going to reiterate some of my comments from last time as they are still perfectly valid. US indices have struggled to make progress lately. We shouldn’t be too surprised by this – historically May to Oct is not the best half of the year for stockmarkets, but there is more than seasonality here. The Dow has already gained around 10,000pts from the Coppock signal back in 2009, and the S&P has tripled in value from the low. So it’s not surprising if we’re seeing diminishing returns, and we’re now in the seventh year of this bull market which is well past the average duration and US indices have never been up seven years in a row. However, the US charts are still looking bullish.
At the time of my last report the Dow was at 17849 and it is now at 17760, so in spite of all the volatility and day-to-day knee-jerk reaction to the situation in Greece the net result is drop of just 89pts. Anyone spread-betting would have had a difficult time coping with the swings of the last five weeks, but on the other hand, an investor who isn’t as concerned with daily moves would hardly be any worse off.
I said last time that on technical grounds there was no reason to come out, and looking at the P&F chart that still remains the case: 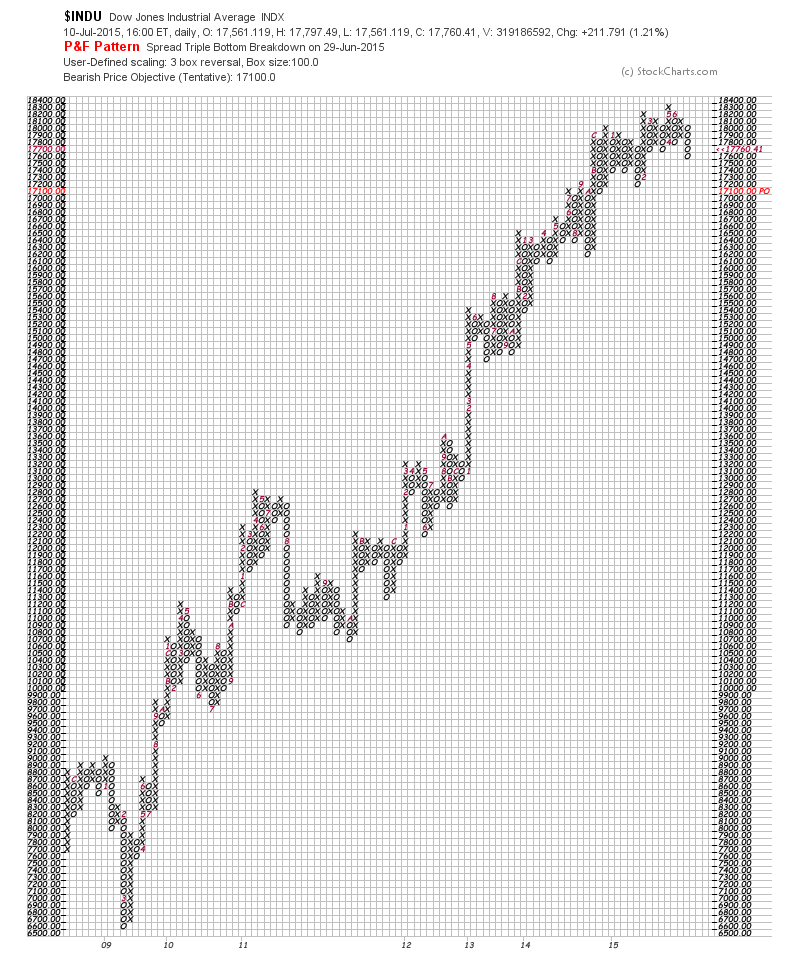 Overall we are still in an uptrend, but as I said in the June report, you might want to lighten up for the summer. Another consideration as we’ll see is that there really isn’t any alternative in terms of a compelling (major) equity market elsewhere, so I’m still going to stay 100% invested in the US fund with my pension.
Five weeks ago the S&P500 was at 2092 and it is now at 2076. Like the Dow, you have to say that the chart overall is still bullish: 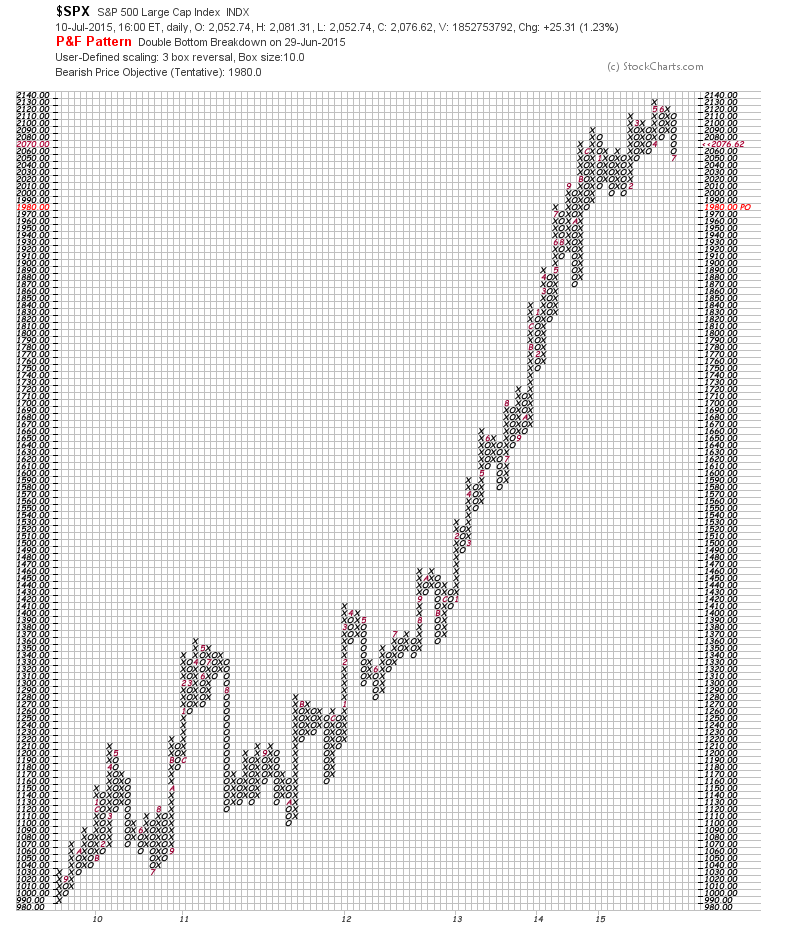 Remember, this chart has tripled from the 2009 low and we do have to consider how much more it can deliver. That’s not to say it should be abandoned, merely to point out that the risk/reward is not the same now as it used to be.
The Nasdaq100 is also down a little over the period, from 4477 to 4420. I pointed out last time that it had made a 15-year high (the Nasdaq Composite has been making all-time highs for some time) so it would be impossible to read that as anything but bullish. Like the Dow and S&P, the recent volatility doesn’t change the bigger picture: 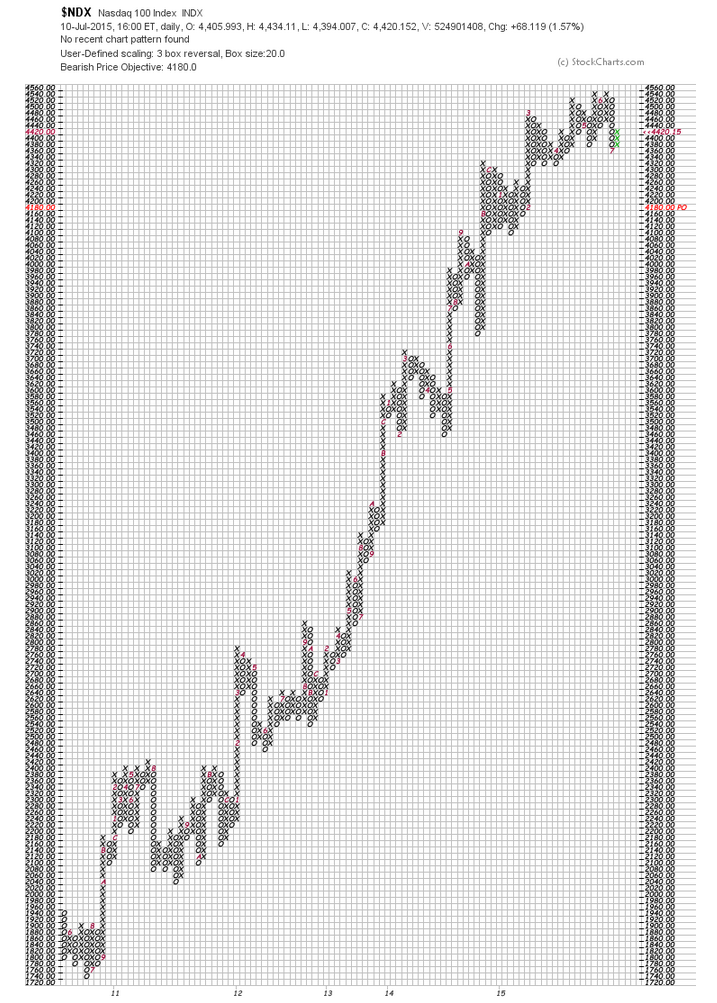 All three indices over the last five weeks provide really good examples of why you should base most of your analysis on P&F charts rather than bar charts which can take you too close to the action with a corresponding loss of perspective.
(c) Robert Newgrosh 2015
All rights reserved. No part of this publication may be reproduced or transmitted in any form or by any means, electronic, mechanical, photocopying, recording or otherwise, without the prior permission in writing of the author.  (So please do not forward it to anyone else)