Well, what a month it’s been. I published a number of Interim Reports as index after index gave us repeated sell signals or patterns. Indices fell sharply immediately after, then we saw strong rallies from very oversold conditions which I highlighted in the latter of those Interim Reports. In addition, there has been a huge increase in volatility. These situations can seem confusing but that is absolutely normal when market conditions start to change, and I will try to provide you with some clarity in this report.

Four weeks ago the Dow was at 17113 and it is now 16805. However, that rather disguises the fact that it touched 15855. That created a very wide extension to the 20 day moving average which needed to unwind. There are various ways to measure volatility, but a very simple and effective measure is to simply look at the weekly range on the bar chart. Typically a week’s range is around 275pts on the Dow, but in the last few weeks it has been about three times higher than that. There have been many days that have ranged as much as a typical week. Higher volatility is normally a characteristic of bearish market conditions whereas bull markets tend to be steadier.

I’ve been asked in the past week whether the rally has changed my view. Well, the only way to answer that is to look at the charts and see what impact these moves have had on the overall picture – an approach these reports have used time and again with great success over the years. I would invite you to participate in this exercise – you need to consider whether the recent price action has negated the bigger pattern or signal. So let’s start with the Dow and see what we think: 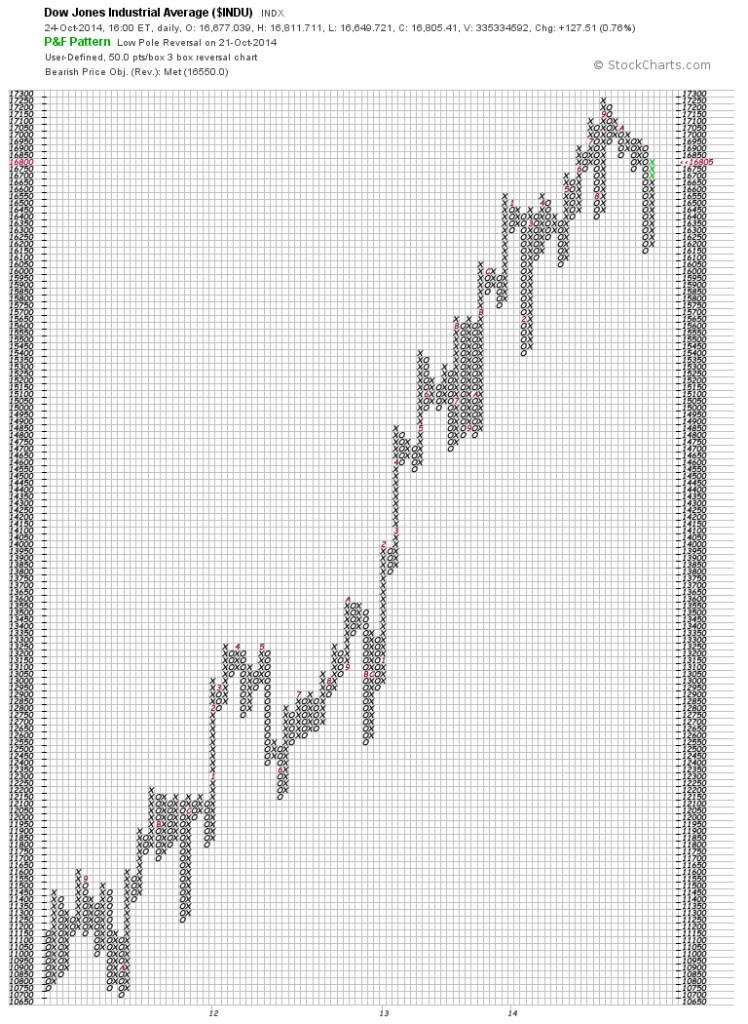 To me this still doesn’t look particularly good. In spite of the rally, there’s still quite a way to go to the high, and the pattern still resembles a top area more than anything else. For another view, here’s the weekly bar chart and you can clearly see how the bars have widened considerably in recent weeks: 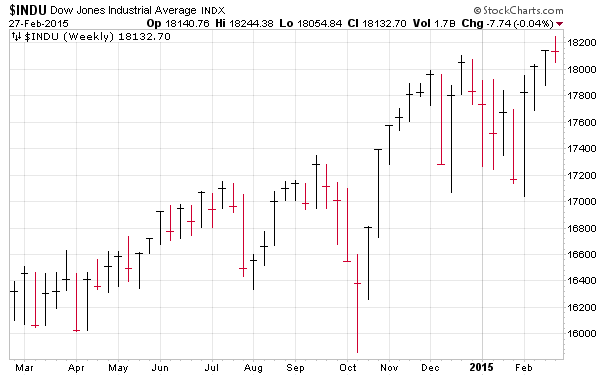 The weekly bar chart gives a very nice sense of how far the index still has to go to change the picture back to bullish. If you’re prepared to ignore the long tail of last week and just use the weekly closing price, you can see how we could be forming a right-hand shoulder of a H&S top: 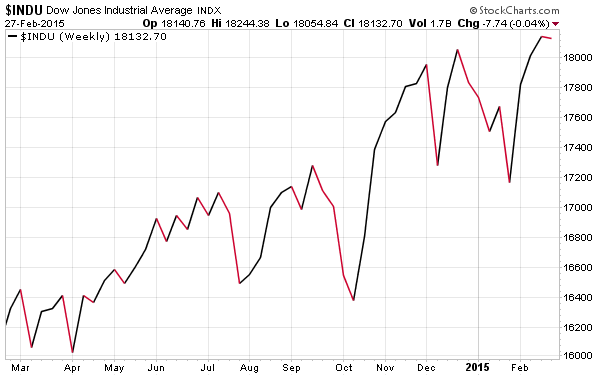 I must at this point emphasis the word “could” because it is bad practice to jump the gun on such patterns, and you have to wait until the pattern completes before you take any action on it. Having said that, we do of course have completed patterns elsewhere.

Last time the S&P500 stood at 1982 and is currently 1964. If you remember from the Essential Technical Analysis course, a Large Contra Move

is a column that is twice as big (at least) as the average of the previous correction columns. The LCM on the S&P was twice as big, the minimum for the signal. I would have preferred 2.5 times or 3 times as that makes it more difficult for any subsequent rally to get back to the high. But twice as big counts and that’s what we’ve got. The column of x’s from the rally has retraced 9 out of the 14 o’s but that still does not negate the signal: 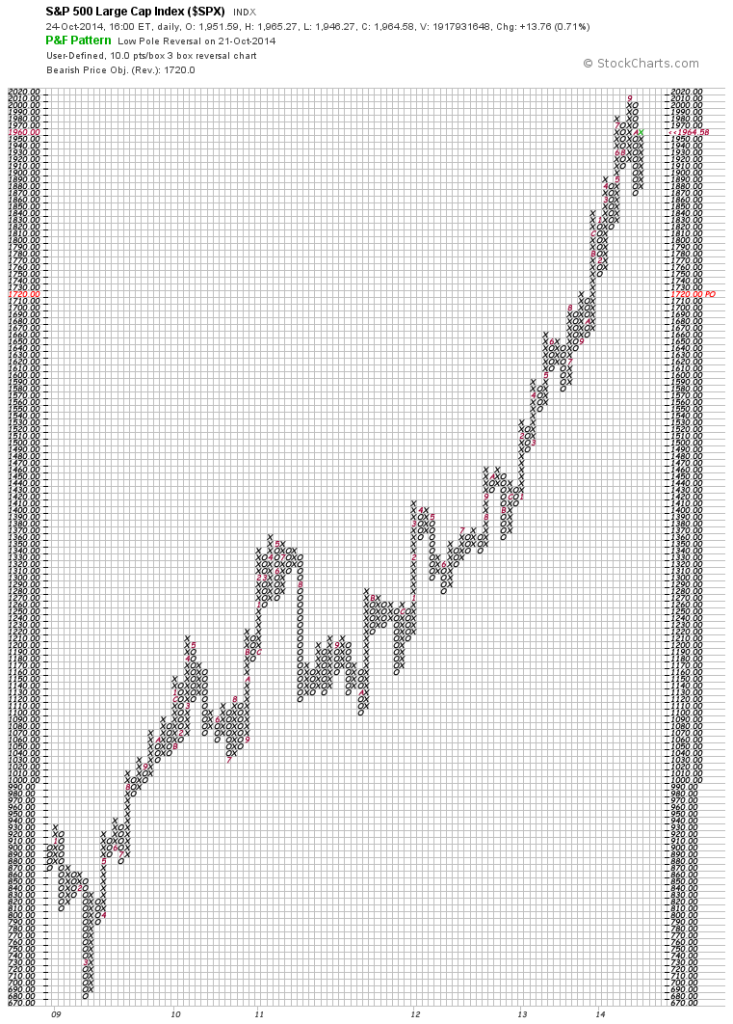 All rights reserved. No part of this publication may be reproduced or transmitted in any form or by any means, electronic, mechanical, photocopying, recording or otherwise, without the prior permission in writing of the author.  (So please do not forward it to anyone else)