“This bull market isn’t over”  Market Report 11 May

I included these quotes last time, but I’m going to leave them in again because the current market action in US indices totally vindicates what I have been saying all along. Once more, the Dow and S&P500 are at all-time highs and the charts show no signs of any change to the big picture which remains very bullish.

Four weeks ago the Dow was at 16924 and it has risen to 17068. My long-standing target of 17200 is now looking very likely to be reached. It has taken longer than I thought it would to get near it, but I said at the time that forecasting when something will happen is much more difficult than predicting what will happen. This is one reason why I like funds so much – if I get the “what” bit right but not the “when”, it really doesn’t make much difference. Again, my reward for this approach, together with the spot-on medium-term analysis, is a record-high valuation on my pension fund which is still invested 100% in the Prudential US fund. More on that later when we look at the exchange rate.

So, let’s take a look at the chart of the Dow: 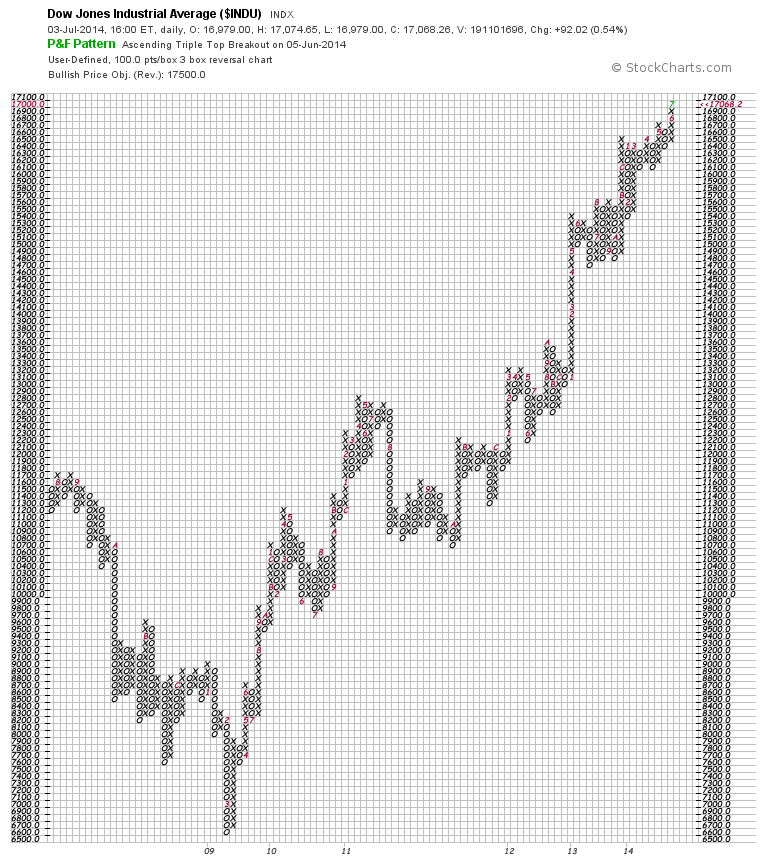 To see anything wrong here you would have to hold the chart upside-down. There is a clear resumption of the on-going trend following a number of months of consolidation in the first half of the year, and there is absolutely no reason now why my target won’t be reached.

Last month I mentioned that a type of group-think had permeated CNBC’s US coverage with everyone saying that a 10% correction was imminent. I dismissed this as wishful thinking on the part of sold-out bulls, and certainly when you look at the chart, there’s no reason to suspect such a move is round the corner.

Last time the S&P was at 1949 and it is now 1985. I’m still unsure as to how the 2000 level will be seen – my guess is it will offer some minor resistance but once overcome it will act as a floor. The chart is still wonderfully consistent as I have remarked many times before: 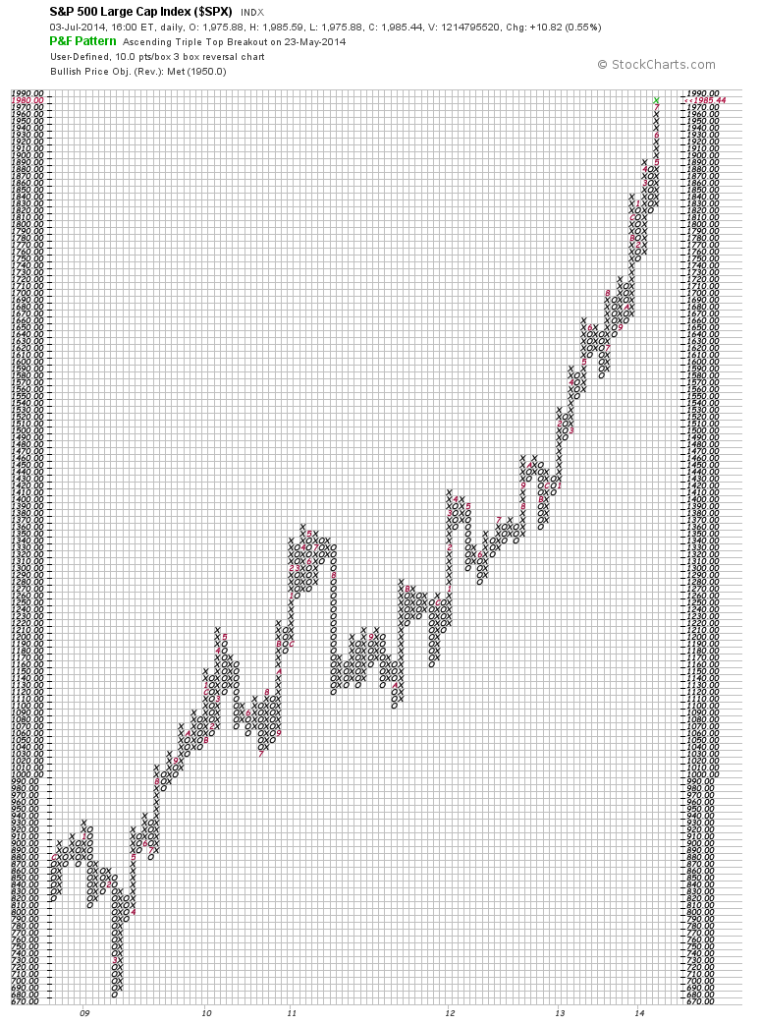 The final column of x’s is looking a bit extended now, so expect another column of o’s soon. This ties in with the fact that the 7-day RSI is 80 (75 on the Dow) so I wouldn’t go chasing it from here.