US indices, especially the Dow, have a soft summer feel to them right now. The Dow has just fallen for the 12th day out of 14, a sequence that has only happened on two other occasions since the bull market began in 2009. You’ll see shortly, however, that the Dow is in a much more oversold condition than the S&P and the Nasdaq, yet taken as a whole, US indices are still clearly in a bull market technically, but with the Dow lagging.
Four weeks ago the Dow stood at 17760 and it’s now 17373. In spite of that sequence of down-days, the P&F chart doesn’t look too bad, and the recent price action does not constitute a change in the overall uptrend: 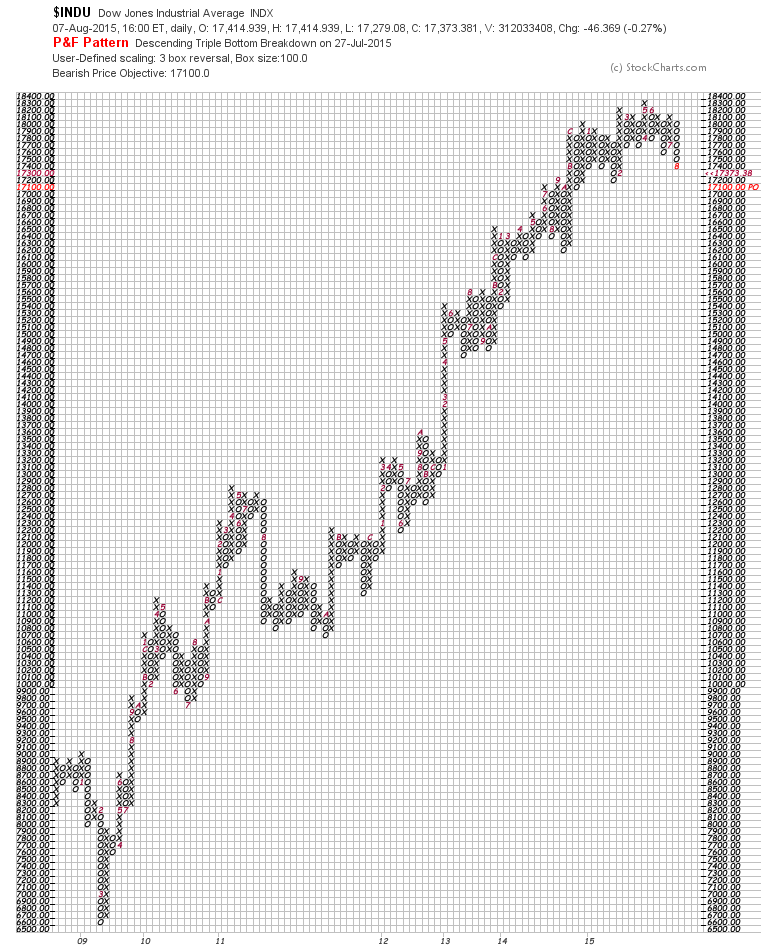 The Dow is now 2.2% below the 20ma with a 7-day RSI of 25. So that’s in oversold territory, but of course we’ve seen more extreme levels than those. However, combined with the 12/14 sequence, you sense that some kind of rally is not too far away.
Last time the S&P500 was at 2076 and it’s now 2077. See what I mean? It’s barely changed over the period compared with a drop of 2.2% for the Dow. If you hold any US funds as I do, they are much more likely to track the S&P than the Dow. This out-performance has gone on for quite a while – over the last two years the Dow is up 12% whereas the S&P is up 22%. Everyone including myself tends to look at the Dow first and use it as the benchmark, but really the S&P (not surprisingly as it has 500 stocks versus 30) is the better guide to US stockmarket performance.
Looking at the S&P chart, we are clearly still in a bull market. The major uptrend has nothing that could be interpreted negatively, in other words there is no evidence to the contrary in which case continuation is the default: 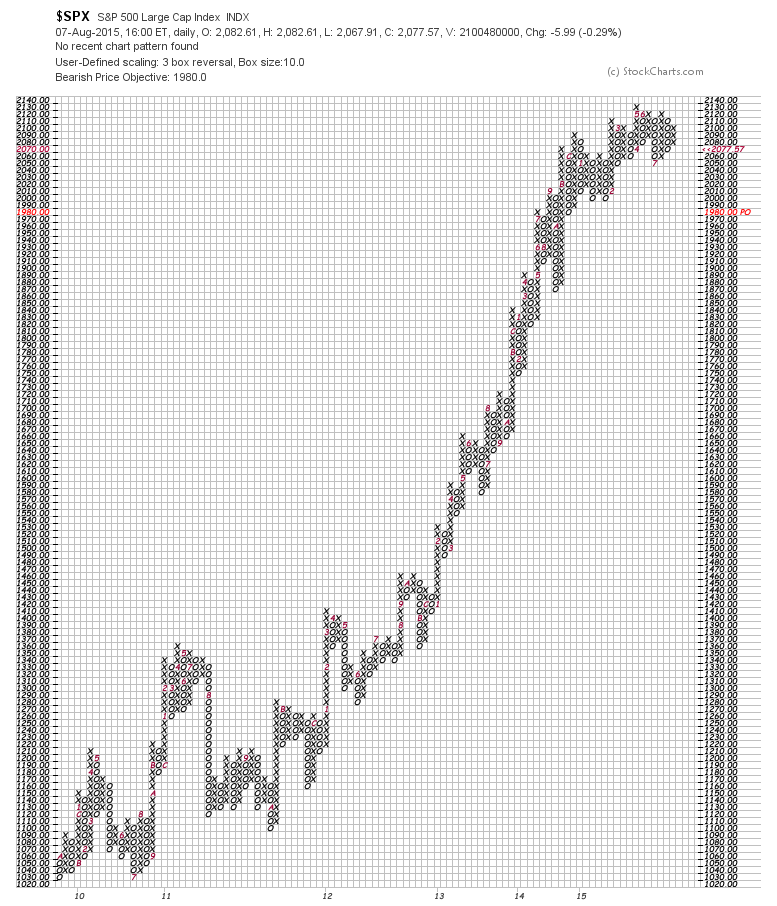 As you would expect, the S&P isn’t as oversold as the Dow, with an extension and RSI of -1.1% and 35 respectively.
And to reinforce my point about the Dow further, four weeks ago the Nasdaq100 was at 4420 and it has since risen to 4520. The chart looks like it is forming a congestion area following the strong advance in July: 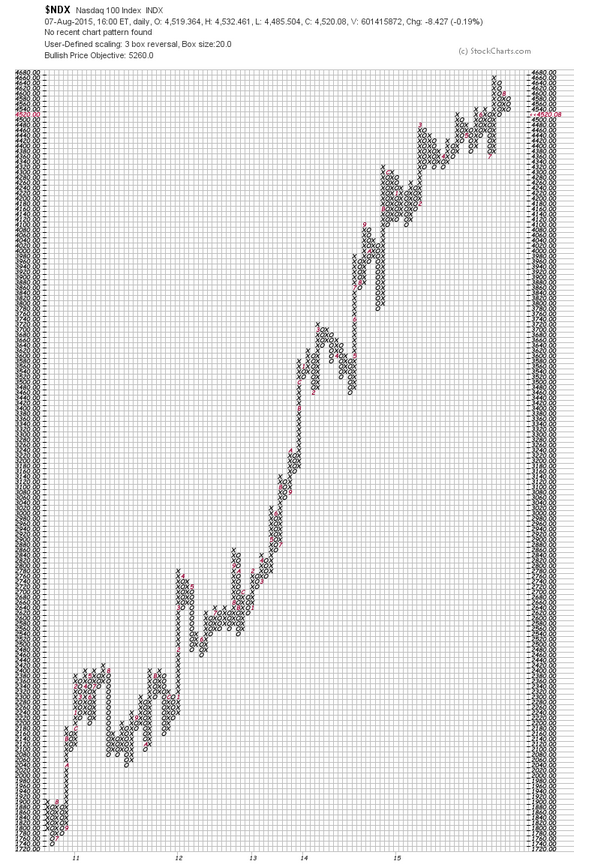 Like the S&P, there is a big difference when compared with the Dow on a shorter-term basis. The Nasdaq has an extension of -1.3 and an RSI of 38 which can hardly be considered oversold.
Both the S&P and Nasdaq fell in 10 of the last 14 days – so not quite as bad as the Dow – but if you look at the bar charts of those moves you could easily lose your perspective and get the wrong impression. I mentioned it last time but it’s worth repeating – there’s nothing like P&F to keep you from losing your head when the short-term gets a bit rough, and those down-day sequences barely impact on the bigger picture of those two indices.
(c) Robert Newgrosh 2015
All rights reserved. No part of this publication may be reproduced or transmitted in any form or by any means, electronic, mechanical, photocopying, recording or otherwise, without the prior permission in writing of the author.  (So please do not forward it to anyone else)