The Business of Graphene 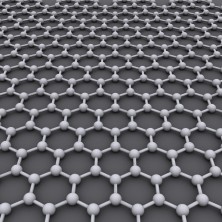 I’m extremely proud to say I was a Masters student at the University Of Manchester- School Of Materials when graphene was established and recognised around the world. It was the work of two Russian-born researchers in Manchester that led to a £60 million investment for the National Graphene Institute and Graphene Engineering Innovation Centre (GEIC) in the heart of the city.

Graphene is a nanomaterial which has tremendous strength and conductivity properties, causing it to attract a lot of research from around the world. The material has many uses and companies are desperate to get in on the action, from using graphene for super-efficient batteries and solar cells to drug companies researching its ability to be used in targeted drug treatments for diseases such as cancer.

The global recognition of graphene will of course do wonders for the city of Manchester, bringing in some of the biggest companies in the world to research and study the material; such as IBM using the material for a graphene based integrated circuit system. To help control and oversee the investment opportunities, the National Graphene Institute recently appointed James Baker as the new business director.

Baker is the ideal candidate for the role, with over 25 years of experience in high technology businesses including defence, security and aerospace. His role at the National Graphene Institute is to play a strategic role, to help attract business and partners to the graphene centre. One of his main priorities will be too look at commercially attractive opportunities for potential investors in the material.

There has already been a lot of international corporations that are looking to invest, with many people questioning how UK businesses can compete when there a lot of countries put patents in very early. Most of the early research and study on Graphene was for electronic applications, hence why so many of the early patents were done by electronics firms, predominantly in the Far East and the US. One of these firms includes Samsung, which currently owns 9 major patents.

It seemed as though the UK was being slow on their R&D of graphene related work, including investment in long term projects. However just last week, a Greater Manchester based start-up company called Xefro seemed to be changing that. The Stockport based company have been creating up a storm using graphene in heating systems, in what they say will “dramatically reduce home energy costs”. It has been designed to reduce the amount of energy used to heat up a room normally and so far has proven to be successful. Xefro also promises a mobile based app for the heating system to be controlled through Wi-Fi.

I was recently involved in some work with the graphene institute researching opportunity areas. Due to the shear scope of the work the project was categorised into markets, stakeholders and profit models. With such a new product, in material terms, it makes it difficult to narrow down the key areas. Commercial investors or technical partners? Manufacturers or buyers? The prospects really are endless which is I have found it so fascinating.

There are countless opportunities for graphene to be used and the fact that this is bringing in international investment is not only good for the National Graphene Institute but also for Manchester as a city. I am so excited to see what happens in the graphene world next and who will release the next ‘big thing’. The fact that both international and local companies are investing in research and innovation for graphene means a technological breakthrough in any industry could be right around the corner.