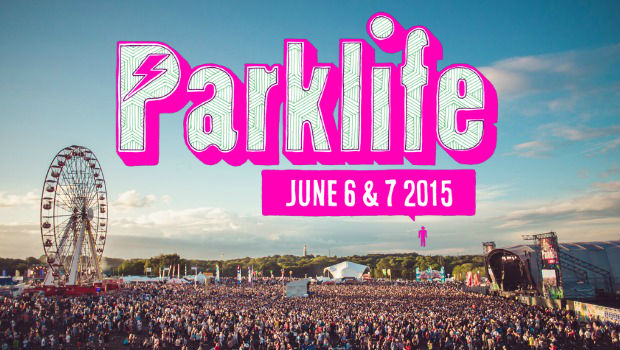 Glastonbury, one of the biggest music festivals in the world, just happened last month. Most famously known for its mud and rock & roll, the festival attracted nearly 200,000 people to a farm in Somerset to celebrate music, with crowds as widely diverse as the music and the food available. Glastonbury has become a world famous event, going from what once was a weekend of camping and watching bands play to now being a pricey, star studded, have-to-be-at social event.

The growth in Glasto’s popularity is hardly surprising when the music festival business is growing at such a fast pace. In 2004 there were around 80 music festivals throughout the UK. Now there are over 250 festivals across a summer period that stretches from April to September. It’s amazing how quickly the demand and popularity for music festivals have grown, and Manchester has its own perfect example of this… Parklife.

Parklife festival started off as a one-day event in summer, held in the hugely populated student area of Fallowfield. It was set up for the first weekend after university exams had finished and was really an end of year/start of summer party for the students of Manchester. Word quickly spread of the acts playing and cheap ticket prices, so demand soon grew.

Parklife went from being a one-day event, held in a small local park in Manchester, to a two-day festival at the biggest park in the city, Heaton Park, pulling in crowds of 140,000 people from all over the UK. Within its 4 years, the success of Parklife has attracted huge crowds and acts to the city of Manchester, but one thing Parklife has kept different to other festivals in the UK is that it’s not a camping festival. So although it’s a two-day event, everyone who goes has to leave the park by 11pm. A clever move by the Parklife team, as it means many of the crowds spill into local hotels and guesthouses, and the safety of residents around the park and those attending the festival is controlled as much as possible without putting extra pressure on policing in the city.

The popularity of festivals is constantly growing, with some of the biggest in the UK based in the North, making it big business for those involved. Festivals run strict entry policies, which usually means no readmissions once you are in, allowing promoters to charge eye-watering prices for food and drinks, which they know people will buy.

But what really is it that attracts all the crowds? It’s not just the acts playing anymore. Nowadays it’s the free advertising through social media where people can really see what they’re missing out on in real time. Parklife, Leeds Festival and Creamfields spend a whole year before the festival campaigning to excite customers through their social media pages. Everything from reminders of how great it was last time to drip feeding who will play at the next festival. The need to “be seen” at a festival is a growing trend in itself and is only adding to the popularity of the festival culture.

Although the Parklife weekend in early June is sometimes considered a noise nuisance to neighbouring communities, it really is a strong selling point for attracting paying crowds to the city for two days. Let’s just hope the city can sustain the growing demand in years to come.